This weekend I read a post by a blogger I’d never heard of before. Her name is Grace Hwang Lynch and her blog is called HapaMama. I was unfamiliar with the term Hapa so after devouring the first post it was down the rabbit hole where I read an interview and learned that Hapa describes mixed race Asians. It’s not a term that’s universally embraced, as is evidenced in Grace’s interview with Jason Fung, which makes their interview all the more compelling.

My knowledge of Asian culture is limited to food and spas. I was about to write: I love that I live in a diverse city but that’s not entirely true. I spend a fair bit of time in Koreatown because once you’ve been to a jjimjilbang Burke Williams just won’t do. I often go to Monterey Park, Chinatown or parts of Gardena for Asian food. So I guess that Los Angeles is diverse in many ways but with everything still in it’s own part of town I’m not sure that we aren’t still self segregating. That’s another post.

If you are a mom blogger, particularly a PR Friendly Mom Blogger this post will look different to you. If you are not part of a blogging community, don’t follow hashtags and have no idea when a junket is happening you’ll see things the way I lay them out here. So with that I’d like to demonstrate to bloggers what the casual reader observes. I am very much on the outside of mom blogging events, junkets, PR lists, and it is with this lens that I watched the Fresh Off The Boat hullabaloo evolve.

I am tremendously disappointed in finding out on Instagram this afternoon that there was a “Fresh Off the Boat” blogger event in conjunction with the “Big Hero 6” event today, and that not only was I not included in this, but that none of the influential Asian American bloggers were. I never heard back from Ellen Gonzalez at ABC. 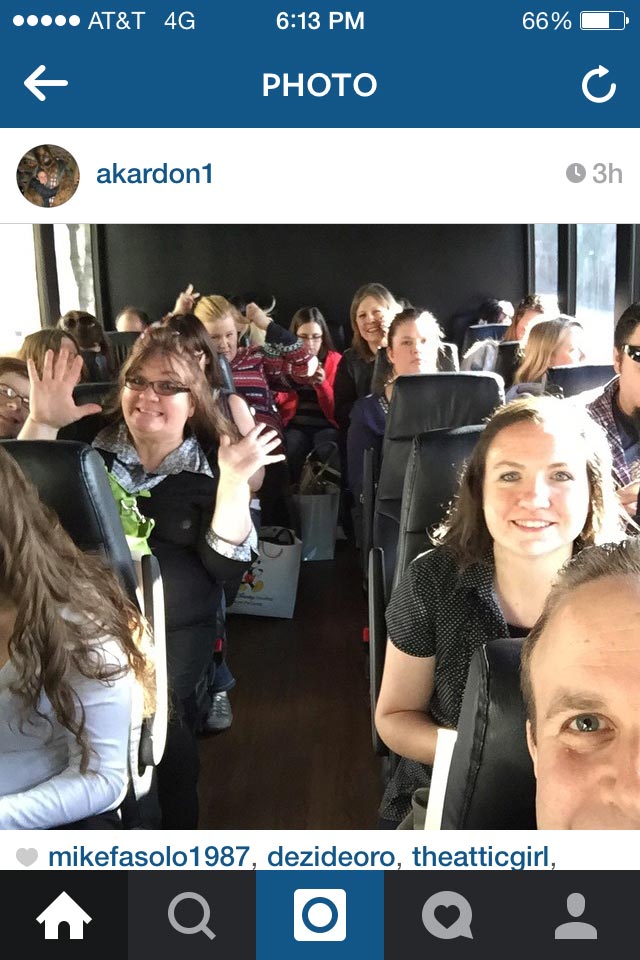 She goes on to make some very good points about Asian American bloggers, the need to hear their voices and their relevance (duh!) in promoting shows like Fresh Off the Boat. Make no mistake this is all about promotion and excluding Asian American voices from the promotion is an obvious error if we’re looking in from the outside.

I shared Grace’s post on Facebook and was met with some interesting responses, most of them private. Let’s face it, bloggers don’t want to criticize The Mouse in public. They want to be invited on trips, to theme parks, Hawaii, cruises and to movie premieres. I understand that but I also know that I’ve been critical of Disney before, Disneyland is far from my Happiest Place on Earth, and I’m still invited to things, granted they’re kinda crappy and the one time I was invited to Disneyland with my family it was on Passover. Cultural sensitivity runs deep I suppose. Publicly Yolanda Machado (one of the bloggers on the junket) said:

It’s actually a horribly researched post. The trip wasn’t for the show, so it isn’t ABC budget (it’s actually for a Latino themed film), there are mothers on there of multicultural kids, and at least 3 or 4 diversity bloggers on the trip. I see her sentiment but she is stereotyping people just by a photo.

Yolanda does have a good point. We are all stereotyping the bloggers by a photo. My friend Yvonne Condes often talks about being a caucasian looking Latina. Bloggers like Yvonne may succeed bit by bit in teaching people that Latina is a broad term and some of us may look at Instagram photos and not assume everyone is caucasian some day, but for now, we see a group of women who presumably screened Fresh Off the Boat and none of the faces look Asian.

We know that images are powerful. If you ever doubt the power of images you needn’t look further than Pinterest to confirm their import both online and off. Armed with the knowledge that images are powerful wouldn’t it make sense to ensure that when someone takes a photo of your group they’ll see more than one hue? More than two? Maybe even ensure that every woman who looks at a photo of a group will see at least one person who looks at least a little like she does. I’ve been told by more than one person that I don’t “read well in the Bible Belt”. In case you aren’t fluent in euphemism that means, “too Jewy”.

If you work at a TV or a film studio you don’t need bloggers to tell you that perception is everything. AJ pops in to remind us what a publicist’s job is:

PR 101. Perception matters. These women might have kids at home, husbands, cousins, etc. I hate to stereotype and I hate to make assumptions but I’m a slave to my profession sometimes… However, when you’re a good publicist, you think ahead to the photo opp. No matter what you’re promoting. To do otherwise is naive. I’d love to see the invite list for that junket. And the schedule. I suppose we’ll never know the full story because no one over there is really commenting.

Blogging is problematic. Bloggers spend a lot of time communicating with one another in groups both private and public. Sometimes I think bloggers forget that they’re writing for an audience that isn’t limited to their friends and social media fans. There are people out there who simply read a post and keep on clicking to the next thing. The fact that an event is hashtagged has zero resonance for people who aren’t at the event and don’t measure impressions as part of their job.

Jenny Lawson popped in on Jeremy’s timeline with this:

I don’t have a dog in this fight & I don’t get invited on press junkets but there were several WOC in the group (Mexican and Latina, I think) and I believe the blonde lady fixing her ponytail in the picture is Myrah (from Mamacita La Cuponera) who is a proud Latina. One of the blog posts explains that this was a pre-set group focused seeing a movie about high school Latino sport team, and the ABC thing was a later addition. TOTALLY agree there needs to be more inclusion, better thought-out PR, and increased intersectionality, but I hate that there are Latina women who went to watch a movie with an inspirational Latino focus and found themselves embroiled in an incident that wrongly labels them as white. Bleh. Ignore me if you want. This shit is complicated.

If this were a “Blackish” press trip and it was all white bloggers, no one would be talking about what kids were at home or who was invited. Black Twitter would be in an absolute UPROAR right now and you’d have high profile bloggers chiming in with support.

It has been pointed out in private forums, in DM’s that were requested to be private, and in phone conversations that this wasn’t a junket for Fresh Off the Boat. The junket was a three day trip for McFarlane, a Disney movie that I was invited to see. I was told anonymously that the FOB portion of the trip was 90 minutes of a three day trip and therefore is less important.

If they truly walked the walk (bloggers talking about inclusion and having a camaraderie), then they would agree with Grace, stand by their “sister” blogger and help their peer(s) through the glass door/get on the damn bus.