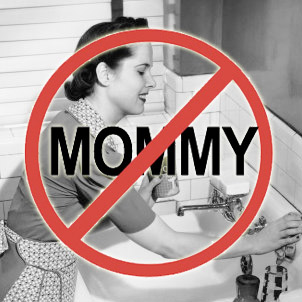 Shortly after Jane was born and I came out of my post partum haze I realized I was bored. I loved being home with my daughter but I needed a hobby and I needed one quickly. We bought a house when she was 6 or 7 weeks old. I spent a few months painting and decorating it and then I needed something else to do. There’s a limited amount of decorating you can do with 1,800 square feet and a minuscule budget.

So I started buying and selling things online. First it was the shoes that I’d outgrown in pregnancy. There were several hundred pair (that will never happen again) and since there are only 365 days in a year most had been worn less than 5 times.

A friend asked me to pick up a handbag for her as she was living in the Philippines. That quickly became it’s own business and I was buying and selling handbags to rich friends overseas. Between the Birkin and the Ligne Cambon line I was able to make a few thousand dollars on each transaction. I worked a few hours a week and one year my income approached Mr. G’s. Friends referred friends and my wait list was almost as long as Hermes’.

In 2003 Oprah put UGG boots on her Favorite Things show and they sold out everywhere. I had a garage full of them. I bought the $110 short boots at Bloomingdales with my Bloomingdales card and all the combined coupons I could get my hands on for as low as $80 a pair. They sold on eBay for $200 to $300 a pair. The sales associates at Bloomies loved me. Mine were never returned.

During this time I was also getting my master’s degree. It was the slowest degree ever obtained as I took just one class a semester. My mom would watch the kids one night a week so I could do it. Sometime around the UGG boot craze I met one of the professors at the business school. I explained my business to him and he said, “That sounds like a great hobby but it’s an untenable business plan.”

After clearing significant money with my untenable business we plunked it down and bought a larger home. I decided that I never again would ask a professor anything about business.

Then the recession came along. Martha Stewart was lambasted for carrying her Birkin to court. She was out of touch. CEOs wives were instructed to leave the couture at home and my clients started buying Coach. My clients were never CEOs. People who work for their money don’t pay over retail. They recognize the lunacy.

My business shifted again. I was buying and selling websites and truckloads of overstock. It’s a long and boring story but I became a jobber. I didn’t know what a jobber was until after I’d shuttered my business (it was totally tenable but I found that I preferred blogging to selling).

When there’s a conversation about women in business I jump in. I don’t have a typical career path. I’ve never heard the word no and thought that I had to pay attention. I’ve worked almost exclusively hand in hand with other women. Women collaborate well. Women see opportunity. Women know how to spend joyfully at every income level. If you don’t believe me go to the 99 cent store and then go walk the most expensive store in your local mall. Women know how to buy pleasure. Sometimes it’s a knick knack, a favorite color of nail polish or diamond earrings. We find the joy.

Reflecting on all of this came from a twitter chat that I stumbled onto this morning. Read and learn. Because there are inspiring women everywhere you look. We just need to ask the right questions.