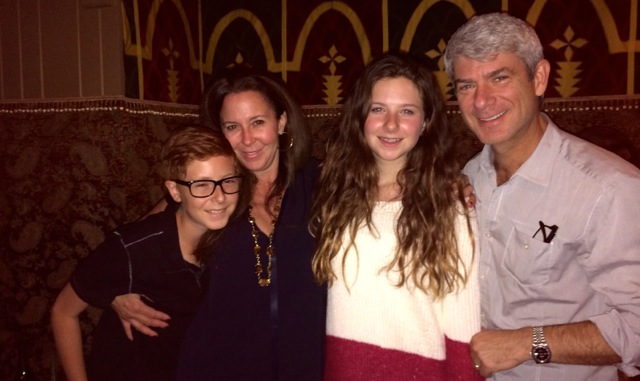 Jane used to love soccer. These days Jane likes soccer. I think after having experienced volleyball she’s decided that it’s a lot of fun to play a sport where people don’t knock you over, pull your hair, whisper “bitch” in your ear and slidetackle you arbitrarily. She was going to try out for the soccer team but it became clear to her that she wouldn’t get a lot of play time (she’s a Freshman and there’s only one team – it’s Varsity) if she made the team. She had convinced herself she wouldn’t make the team, I’m not sure that was accurate but it doesn’t matter now.

Last night at dinner when I asked Jane about soccer tryouts she said, “Oh I’m just going to join the cheer squad. I can sign up for it tomorrow they have room.”

Poor Mr. G’s eyes just started bulging and he opened his mouth to speak and sort of gummed a few times before actual sounds came out. Slowly he said, “You cannot stand on the sideline while boys compete. That is not a sport.”

I sort of hushed him and said, “Listen you can go for it but you’re not flying or even supporting someone who does. They’re going to ask me to sign a waiver and I’ll redline it so much they won’t want you.”

Jane just sort of rolled her eyes and said, “They’re not a very good cheer squad so I don’t even know if there will be flyers. Plus it’s JV and I wouldn’t have to go to that many games.” And as she went back to eating her dinner I lost complete control (as has been known to happen) and started unhooking my bra and running around the house saying:

Someone get me a blowtorch, it’s obviously time to burn this bra.

And bless everyone’s hearts, no one flinched. No one stopped eating and Alexander just sort of looked at me trying to figure out what a burning bra would do for cheerleading.

Jane got off the bus today and told me she’s playing JV basketball. My bra is safe even though my son is a deadbeat dad. You see just as we got Jane squared away as a participant as opposed to a spectator with pom poms, Alexander updated us on his Sugar Baby (from the human development curriculum).

He was absolutely thrilled when he was partnered with a very intense girl. He knew she’d do a great job of caring for the baby, in fact she’s not into sharing the baby and he’s allowing this to happen. So tonight when he told me about all the things he doesn’t have to do I’m like, “So, you’re a deadbeat dad?” And there was some shrugging and chatter about his partner and how she’s really good at everything.

I tried explaining how people share duties in parenting, in business and in life but I mostly failed at it. The lecture I mean. I ran out of good examples and when he said, “Listen, it’s a bag of sugar. I’m not going to break my back for it.” I tried to stifle my laughter and decided to appeal to his pragmatic side. “You can’t get an A if you don’t do the work.”

We’ve been role playing how he’s going to ask his co-parent for the bag of sugar and we have both agreed that the phrase dumb bag of sugar will not be used. I’m teaching him diplomacy. I’d probably be more passionate about it without this damn bra strangling me.

2 thoughts on “Oh Your Mother Never Ripped Her Bra Off at the Dinner Table? You’re So Fancy”